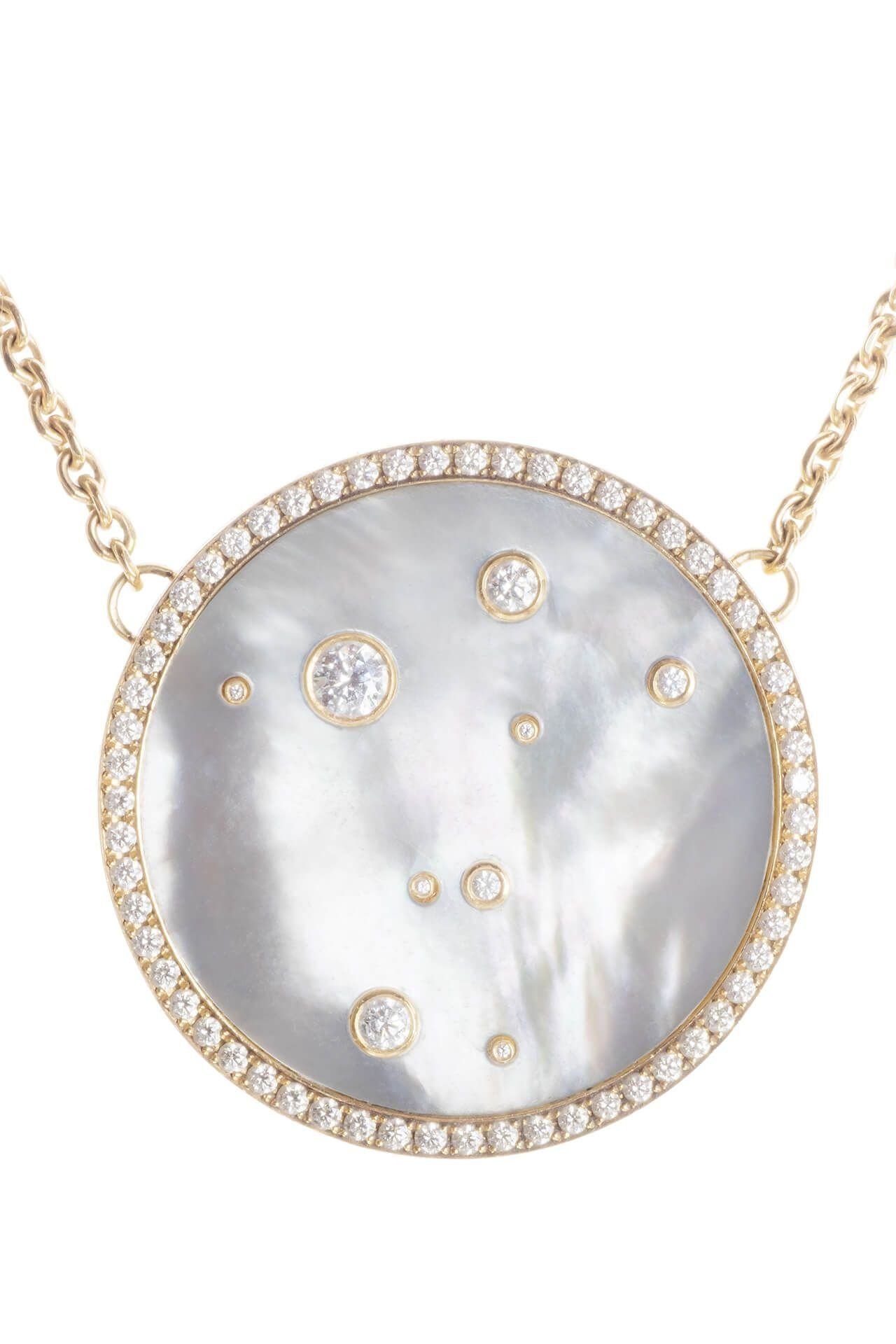 The Nebra disc is a bronze sphere which, to this day, remains the oldest representation of the sky vault. The stars, the moon and the sun are symbolized by gold discs and we can clearly see the star cluster Les Pleiades.

This incredible disc which sketches the sky of this region, dating from 3600 years, immediately inspired me with a set of jewels such as rings, long necklaces, necklace, bracelet and the Maasai breastplate.

I represented the disc by a circle of white mother-of-pearl pierced by cylinders set with diamonds, illustrating constellations.

This disc took such a place in my imagination that it instantly instilled in me the JAG logo with the symbolism of the clover.

(Photo: Nebra disc discovered in 1999 with other elements in bronze)
White mother-of-pearl disc
Rose gold structure 18K 750
69 Diamonds F/G VVS 0.95 carat
The other side is identical without diamonds to allow two ways to carry the piece of jewelry. 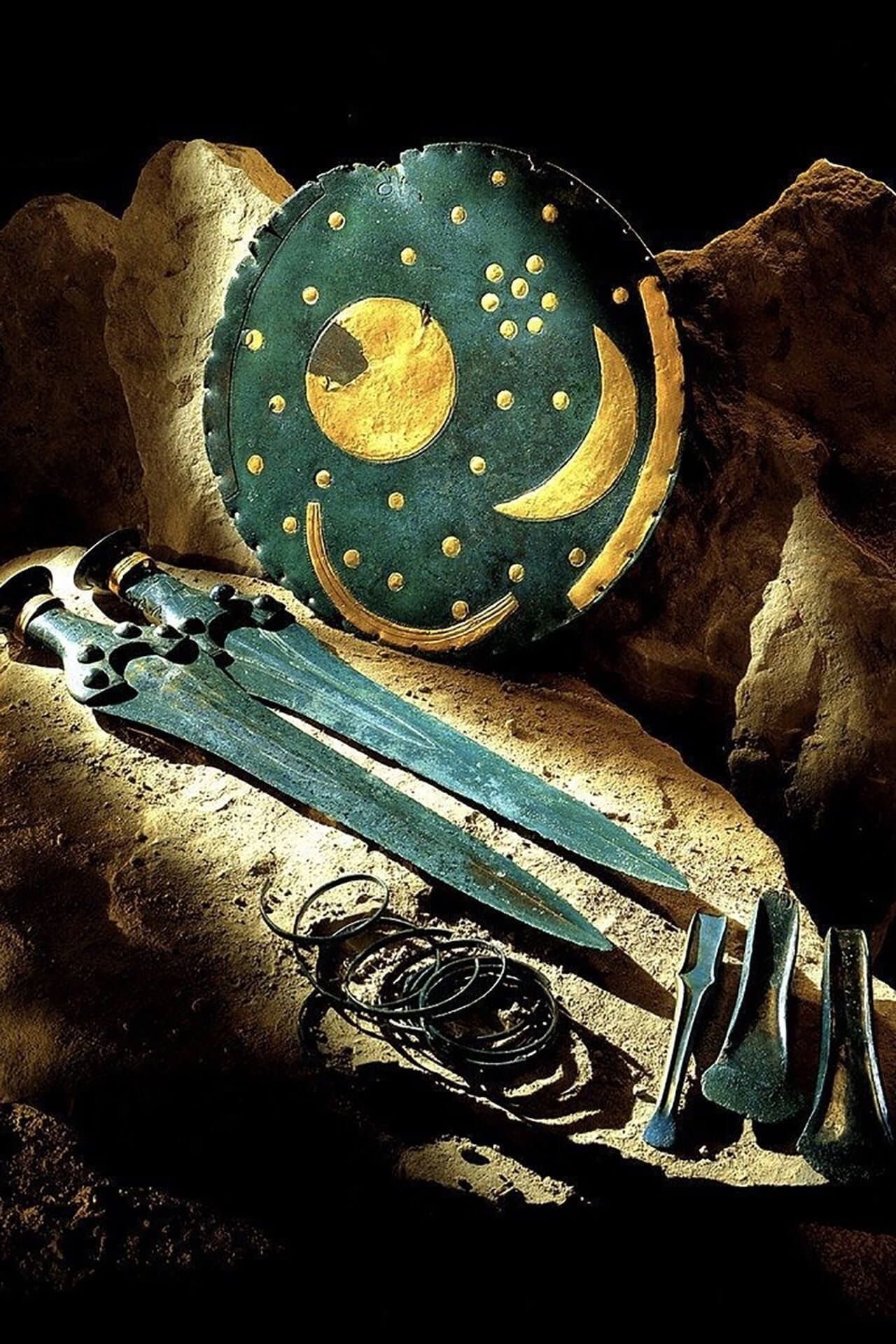