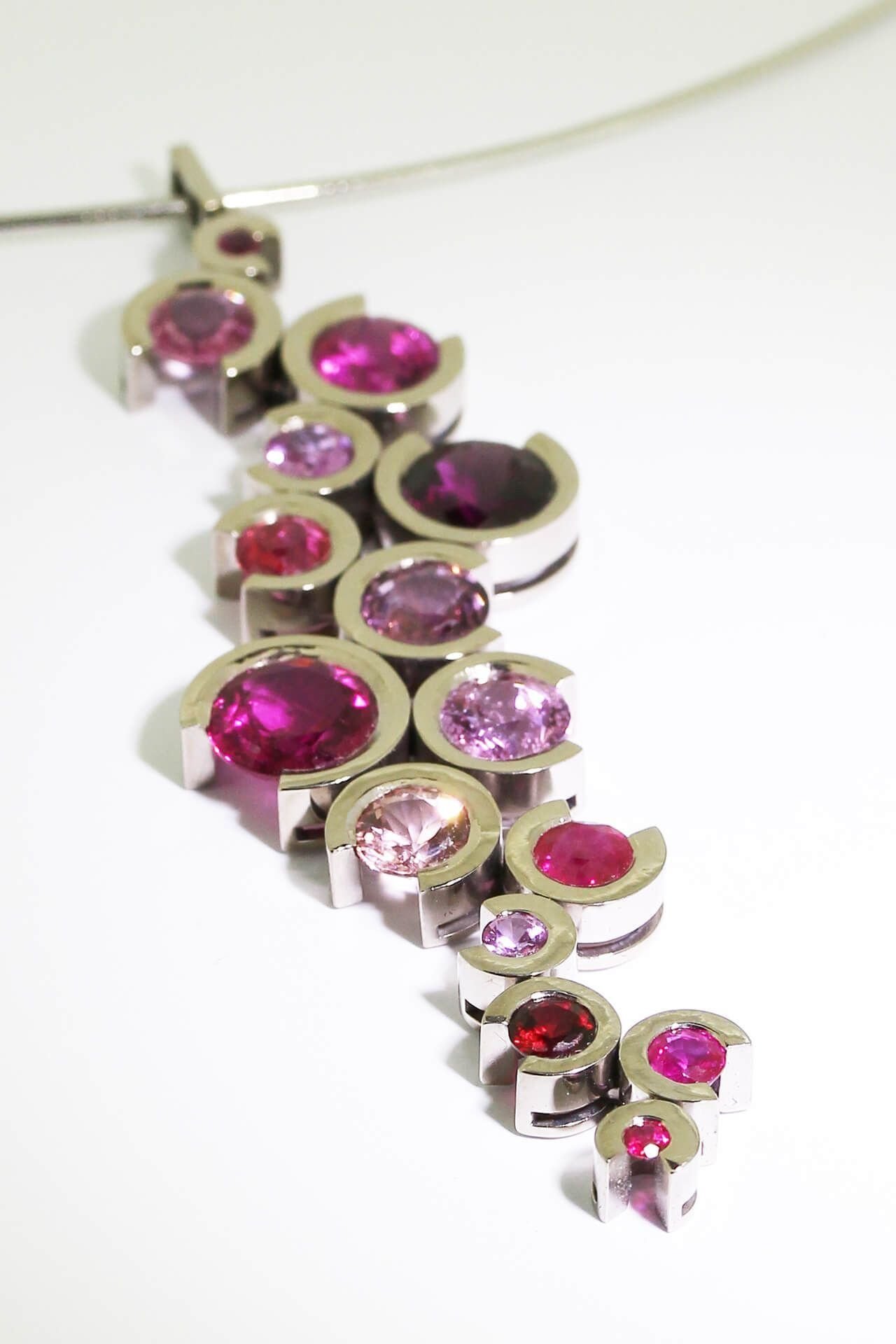 Nebula or cluster of fruits? The choice is yours.

This is the funny story of this necklace.

I have always been passionate about astronomy. As a child, in front of the exploits of Apollo 11, in July 1969, led by Armstrong, Aldrin and Collins, I dreamed of going to my turn to space.

First, I was drawn to the constellation of Orion, its belt of three aligned stars and its almost perfect diamond shaped by two other stars. Visually, this constellation surrounds the Orion Nebula whose first photos taken by the Hubble Space Telescope, fascinated me.

I wanted to transcribe this star cluster surrounded by a red halo into a necklace of rubies, sapphires, spinels, rubellite gems and rhodolite stones.

Presented at an exhibition in Paris, some people expressed their admiration for this cluster of red fruits. I then realized that the glance of others on a jewel can divert its inspiration. So, I let everyone express his imagination and the story that follows, in front of a piece of jewelry.

Subsequently, I had the joy of seeing Miss France 2019, Vaimalama Chaves, wear this jewel for photos, at the Hotel Costes in Paris. 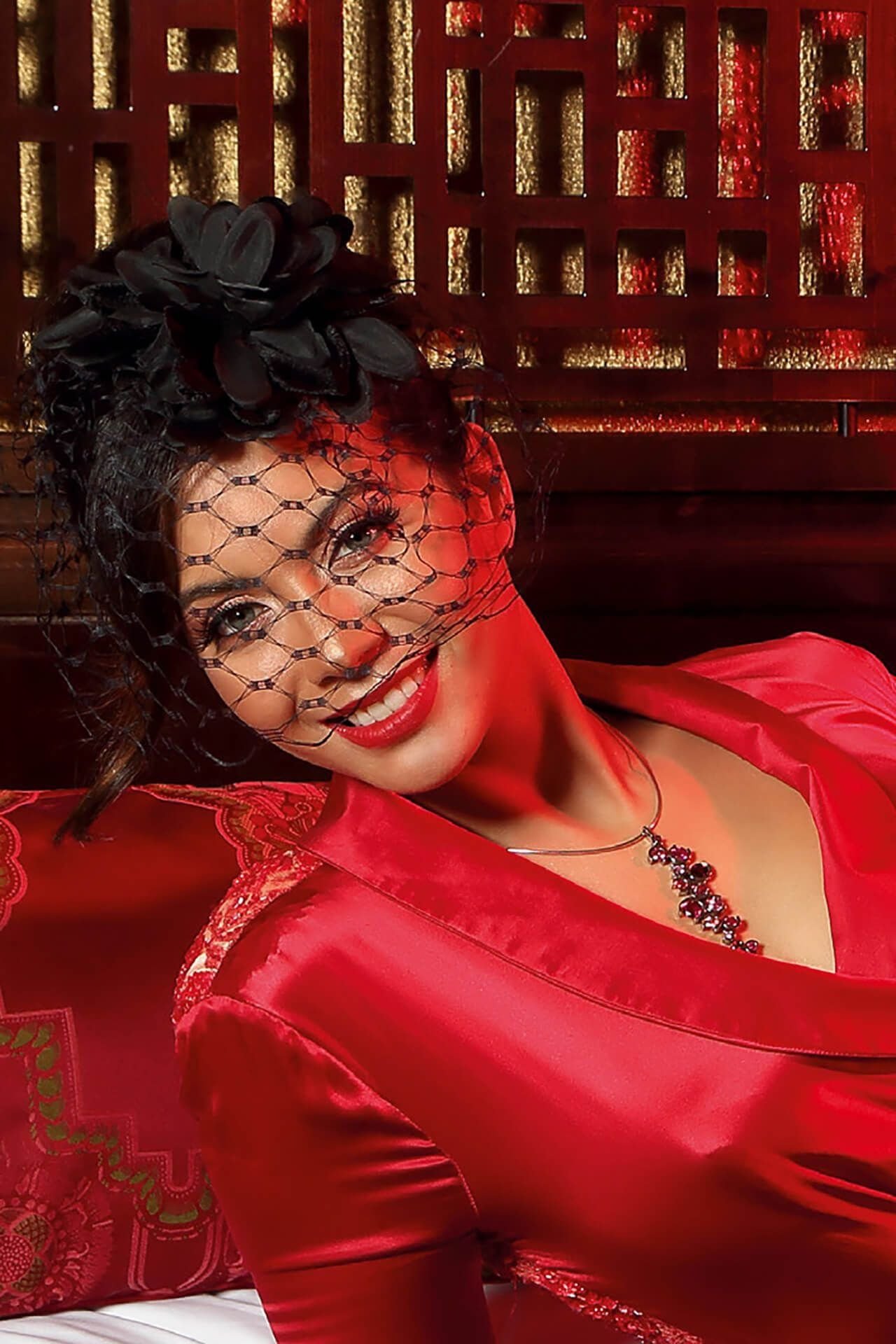 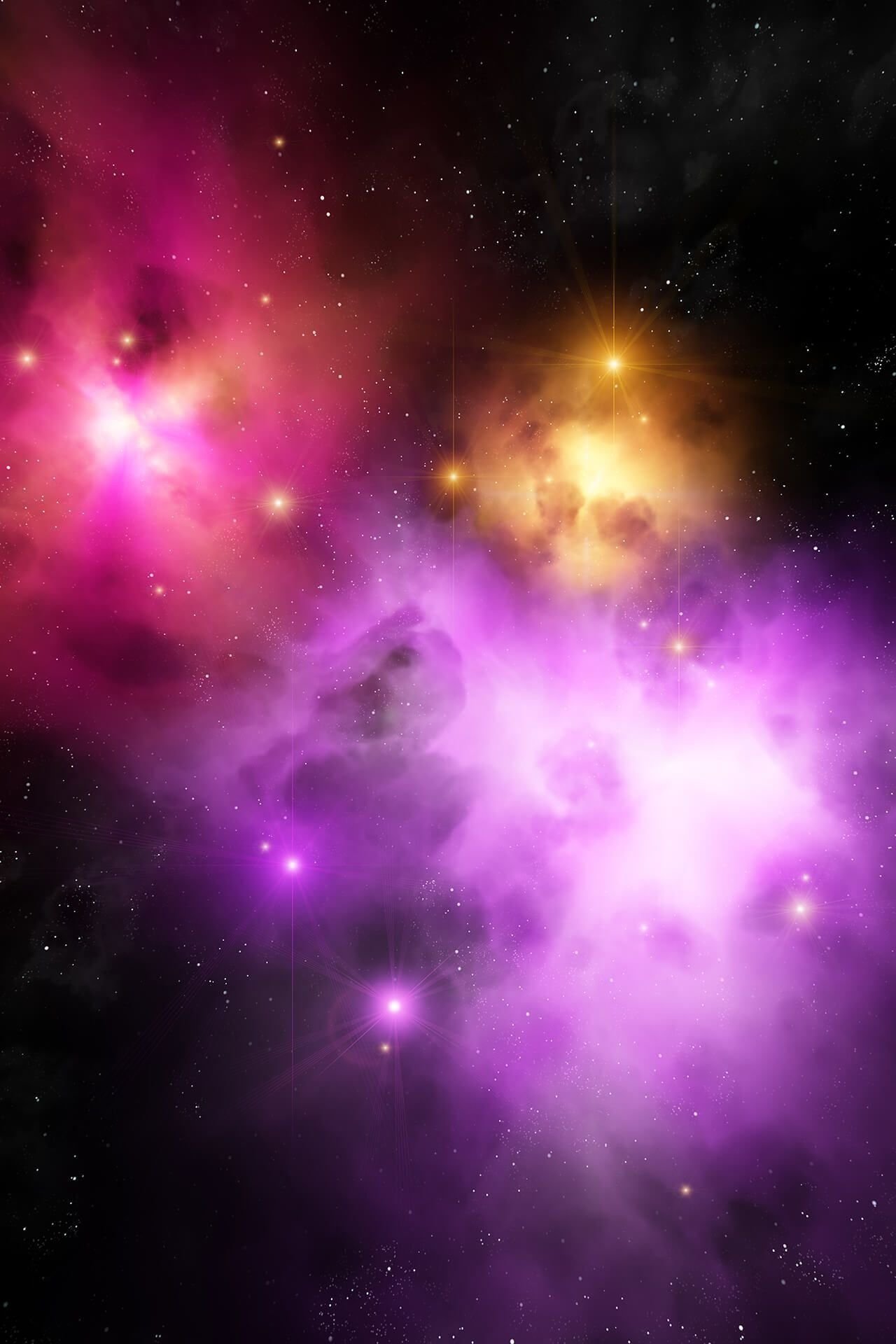